I was born in 1959 in a suburb of London called Finchley, which became famous for being Margaret
Thatcher’s constituency. I developed my passion for performance from my experiences in the military as
a member of the Modern Pentathlon School of Excellence.

My coach was Jeremy Fox an Olympic Gold Medallist, see below 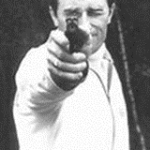 Having a passion for sport and having seen one of the regiment’s officers just win an Olympic Gold
Medal at the Montreal Games, I decided that I would like to train as a Modern Pentathlete at the Great
Britain School of Excellence.

As a member of the Modern Pentathlon School of Excellent I learnt. It had always been a dream of mine to live in Australia after reading the book The Chrysalids at school.
At eleven I subscribed to two Australian newspapers, to keep in touch with what occurring in Australia.
As a result of my love for multi sports, and the need for independence I established a Triathlon Club in
Western Australia, called the West Coast Triathlon Club.

Using the techniques and principles I learnt in the Army I coached the club to win the Present’s Trophy
and become the number one club in the State.

As the State coach I learnt and improved my knowledge in: I decided to move from elite sport and took a position with Curtin University in Kalgoorlie, Western
Australia. I worked across the tertiary and the vocational sectors as the team leader delivering
commercial training in occupational health and safety and management. I lived in Kalgoorlie for eight
years. During this time, I worked full time, undertook postgraduate studies and continued with my love
of sport. One of my greatest achievements during this period was to run non – stop 120 km pushing a
wheelbarrow of Iron Ore from the Whims Creek Hotel to Port Hedland.

Photos of me pushing a wheelbarrow 120km full of iron ore in the Black Rock Stakes.

Howard Sattler a well-known radio presenter for 6PR Perth said this was one of the most extraordinarya
athletic performances he had ever seen. Click Here to listen to my interview with Howard Sattler.

As University lecturer in Kalgoorlie I learnt:

• That the ability to achieve results is better predictor of future performance than qualifications
• How training has a limited impact if the student does not value the education, does not want to
change, or goes back into an environment that does not support the new knowledge
• That policies and procedures do not drive a business, people do
• How bullying is used as a key managerial practice in many organizations, even educational
establishments
• How so much time, energy and resources are wasted in all areas of business
• That I loved knowledge and was brave enough to experiment with it and not take a theory on a
“The gospel truth”

After eight years as a Curtin University lecturer I decided that even though I work with primary industry, I wanted to experience working in primary
industry, and so I took a position as a mine site training co-ordinator a Granny Smith mine in Laverton.

As a fly in fly out training coordinator I learnt:

• That there is significant employee disengagement, and often the senior management team is either
unaware aware of it or does not know the real impact of it on their business
• How to examine business performance by using value driver trees
• How to audit the effectiveness of a procedure to ensure an increase in performance
• How to gather and nurture the creation of business improvement ideas
• How the workforce has hundreds of thousands of dollars of business improvement ideas that
management often never gets to hear about because the employees are disengaged
• That many employees are just “treading water” and waiting for someone to assist them make the
decision for them to move on.

“You have opened up so many people’s minds in different ways… whether it was to open someone’s mind to new ideas, offer them a book to read
or introduce them to another way of learning”

In 2006 I had reached the stage where I wanted to work for myself in my area of expertise, which is in
obtaining greater profitability for companies through Business Management Planning

Unfortunately, the first year of business was more challenging than I had anticipated. On January
26th2006 I broke two vertebrae in my back after being dumped by a wave. Additionally, I had to have a
Tubular Tibia Transfer and a Mace graft on my right knee to replace the cartilage I had worn out from
years of running. I had managed to wear a 2.5 cm hole through my knee cap. To add to those challenges,
I had to chase down a previous renter who had sold all my household property whilst I was away on the
mine site.

As a business owner I have learnt: